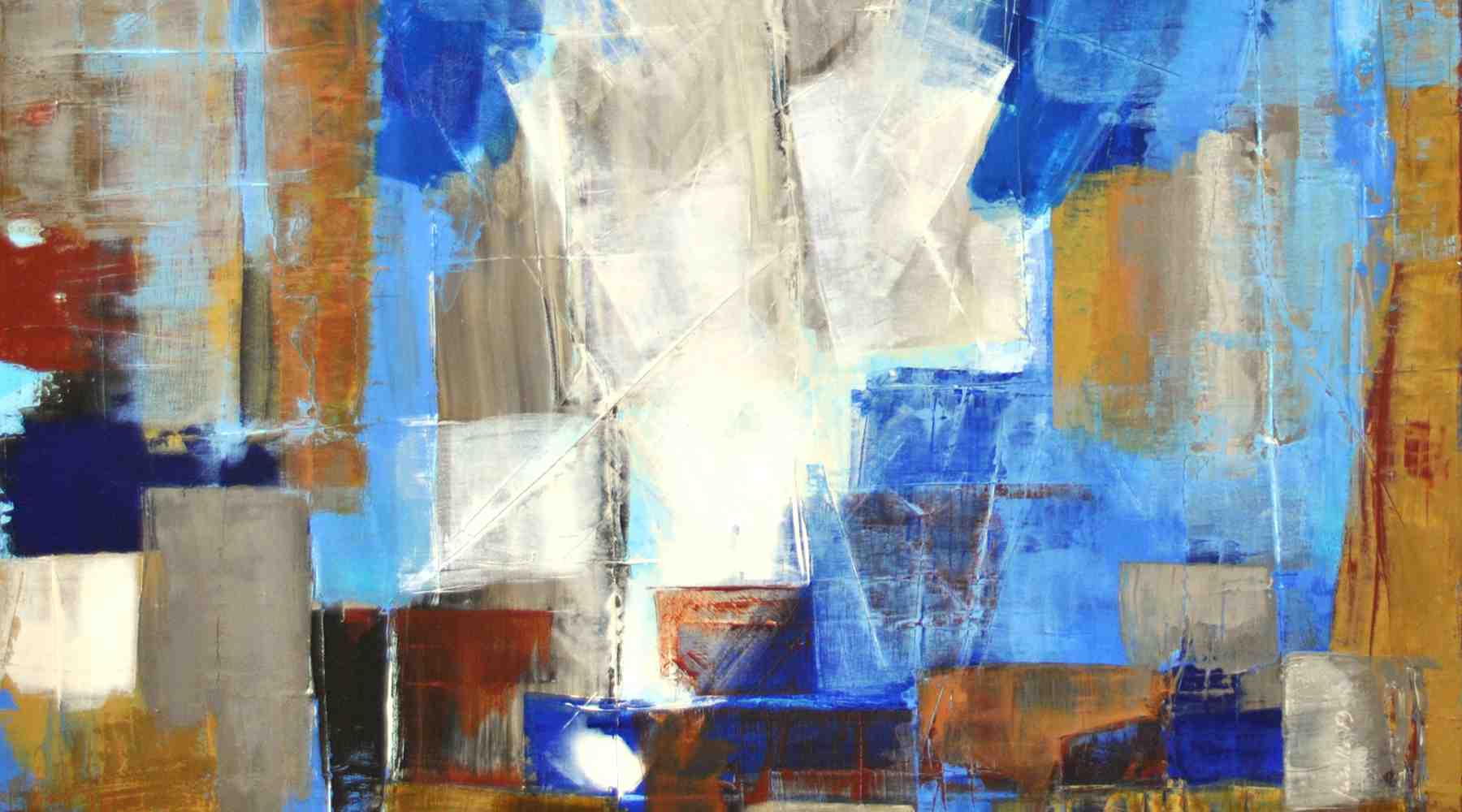 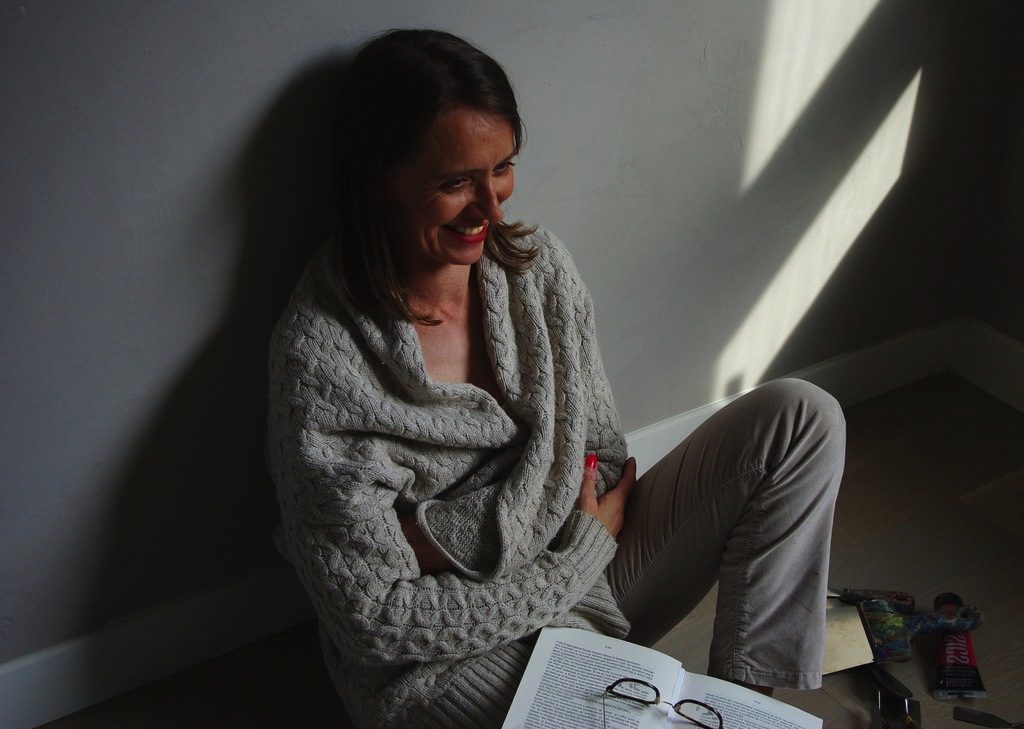 Priscille Dehove Febvre was born in 1964 and lives in Saumur (France).Since childhood, she plays with colors and works pastels, oil or gouache, trying to express more than represent. Initiated by her mother, herself a painter, her passion for painting is born in her region of birth, Normandy: Honfleur, Trouville, beach Deauville on which she takes her first steps… Early on, she became acquainted with painters Impressionists who came for the light of these places. Then, during a stay in California, a painter friend place in her hand first spatula and first acrylic tube. It’s a revelation!

Priscille Febvre Dehove works with spatula on acrylic whose thickness and short drying time allow her to further explore her inspiration. Because that is the thickness of the acrylic allowing it to texture, to grind, to streak, scratching her paintings. She often returns on these many layers until each color and each form has its place and build the canvas. A curve, a movement, a row are the starting point of the gesture. Following the colors, mostly blue, allows her to advance in her job. It is for this artist to give depth, which will itself be reworked search by going the first layers and bring out light rays, the volume and balance of its space.There is something behind things. What she suspects, she feels, guide her beyond appearance. And that’s entirely what searchs Priscille Febvre Dehove: to bring out the emotion of the different layers of colors and fill the space, rebuild, till equilibrium.For Priscille Dehove Febvre, it’s not about to describe but to create, to express her inner vision to the outside, at her own pace and according to her own construction. Priscille Febvre Dehove describes nothing, tells nothing but strengthens by her colours and volumes an emotion, an instinctual emotivity, her streaks and lines giving to the pace at all. She invites you to discover her galleries: Between Here and There…, Meeting, Step by Step…, Wise Land and Transparency and to share her work at the painting Workshop and Live… 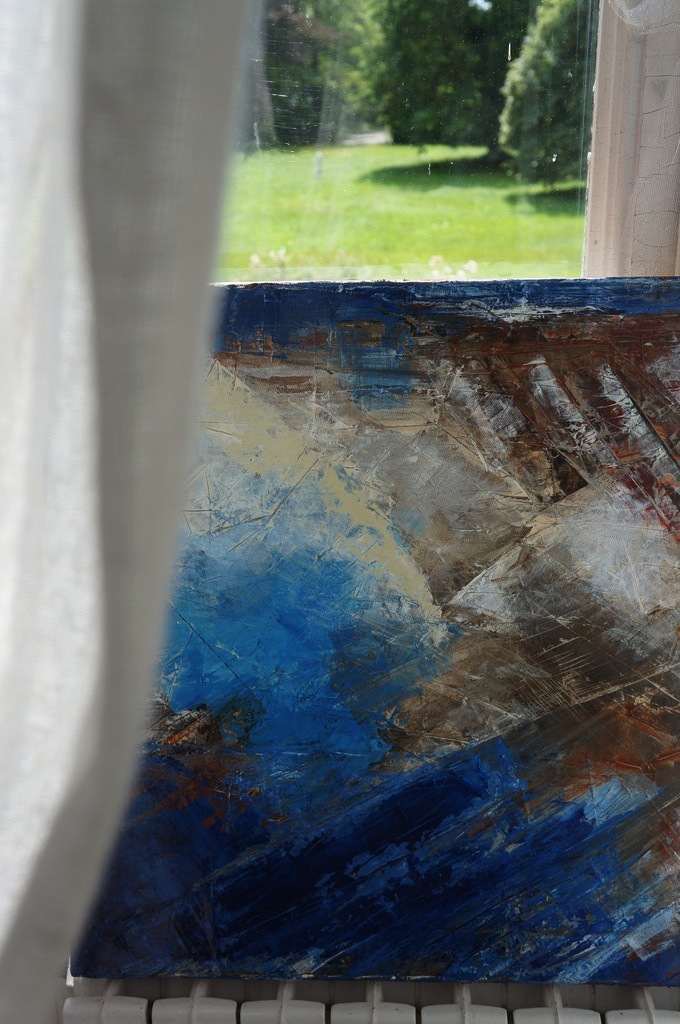 The inspiration of Priscille Febvre Dehove are many… Eugene Boudin, discovered during her childhood, is one of her favorite painter, inspirated by landscapes.Another important painter for the artist, Gerhard Richter and his method: ” Do not have any subject, not calculating, but develop, give rise “ has very impressed her. Just as did Pierre Soulages, the ” painter of black and light “. Finally, Nicolas de Staël and horizontal lines that invite to join the horizon.